New figures published by young people’s mental health experts STEER Education reveal that while young people’s wellbeing has deteriorated alarmingly since the pandemic, it has unexpectedly improved significantly for thousands of students with special needs.

The study of almost 11,000 students in 52 mainstream state secondary schools across the UK has found that despite the pandemic adversely affecting the vast majority of young people, far fewer pupils with special needs can be classed as “at social and emotional risk” now, compared with before the pandemic.

This bucks the trend for young people overall, tens of thousands of whom have experienced a serious decline in their wellbeing since the end of lockdown.

The study, which has been covered in The Times among other media, found that before the pandemic, an estimated one in five students with special needs could be classed as “at social and emotional risk”.

Between the end of the pandemic and this July, this fell to just under one in six. This means that across the country, the equivalent of more than 8,000 students are no longer “at social and emotional risk”. The study counted students with special needs as those with an Education and Health Care Plan – a guarantee of statutory support.

In sharp contrast, the findings show that the wellbeing of young people without special needs has dramatically deteriorated in the same period, something the study suggests is the result of the detrimental impact of prolonged school closures.

Before the pandemic, one in six students without special needs could be deemed to be “at social and emotional risk”. As recently as July this year, this rose to almost one in four – 24% – the equivalent of nearly 400,000 more students.

The study shows that during lockdown many thousands of special needs pupils honed skills that make them more able to cope with the emotional ups and downs of life. Many gained confidence in adapting to change, grew more resilient and developed a healthier approach to trusting others, the study found.

The study’s authors say that while many of these young people may have found the pandemic challenging, the social-emotional skills they have gained will lead to marked improvement in the wellbeing of special needs pupils. They argue that this is largely the result of the specific approach taken by schools to support these pupils.

It is well known that many special needs pupils find busy classrooms detrimental to their wellbeing. While the overall experience of lockdown was extremely difficult for all students, many of those with special needs found it easier to both be in school with fewer students and to at least partly study at home. They also appeared to greatly benefit from increased teacher-pupil ratios, access to devices for online learning and regular calls from school staff to make sure they were coping as well as possible. The combination of these factors – and others – are likely to have had a strikingly positive effect on their wellbeing, the study’s authors say.

Worryingly, the opposite is the case for students without special needs.

The study analysed the responses of 10,942 secondary school students to 48,890 assessments of their wellbeing. The assessments took place before the pandemic, during it and over this summer. The results from all three periods were compared. Rather than measure a pupil’s own perception of their wellbeing, the assessments measure underlying patterns in a young person’s wellbeing by analysing their ability to adjust to different social-emotional situations and interactions.

Students described as those with special needs – 6% of the study’s overall sample – are those with Education and Health Care Plans (EHCPs). EHCPs give a young person a statutory right to support for their special needs or disabilities. The latest government figures show that at least 4% of students in primary and secondary schools in England have an EHCP so the schools sampled in this study may have a marginally higher proportion of students with special needs.

“These findings give us unexpectedly good news – the wellbeing of students with special needs is improving. Huge credit should go to all school staff who work with these students.

“However, the study also shows that while schools have done their very best, overall the wellbeing of many students continues to decline. Schools need to make sure they are aware of as many students as possible who need support.

“Too many use student voice tools, such as online surveys and chat hubs, which only detect a proportion of those students who need support. These tools fail to support the ‘hidden middle’ – those who may be showing early signs of self-harm, bullying, anxiety and unhealthy self-control.”

Tania Mayes, who is responsible for special needs at a secondary school in Devon, said:

“This study reveals what is happening in many secondary schools up and down the country.

“In the aftermath of the pandemic, schools have understood much more about the individual requirements of their students with special needs and their relationship with them – and their families – is closer.

“However, if we are to continue to see a sustained improvement in the wellbeing of these students, schools will need to have smaller waiting lists for external providers and additional funding.”

STEER Education offers a unique online assessment tool to schools which alerts them to students who may have emerging mental health risks, but are not showing visible signs of vulnerability.

Our sophisticated online assessment measures and tracks early signs that students may have unhealthy thoughts about themselves and others. It also helps identify students who may be hiding safeguarding concerns, whether in school, outside it or both. Schools assess students twice or three times a year.

We give schools guidance, tailored to each student, so that they can act early and, where possible, prevent problems escalating. Since 2016, we have tracked and supported at least 150,000 students in over 250 primary and secondary schools across the state and independent sector. These include leading MATs, specialist schools and elite sports academies. Our team is made up of teachers and mental health experts who understand the challenges and rewards of working with students from a wide range of backgrounds and schools. 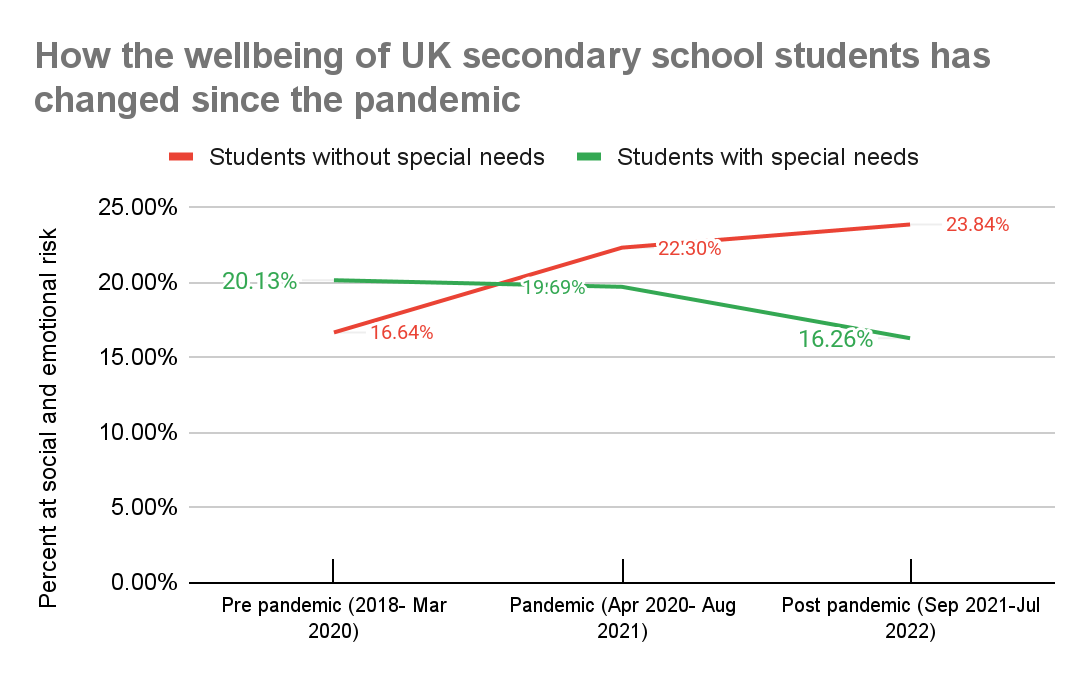 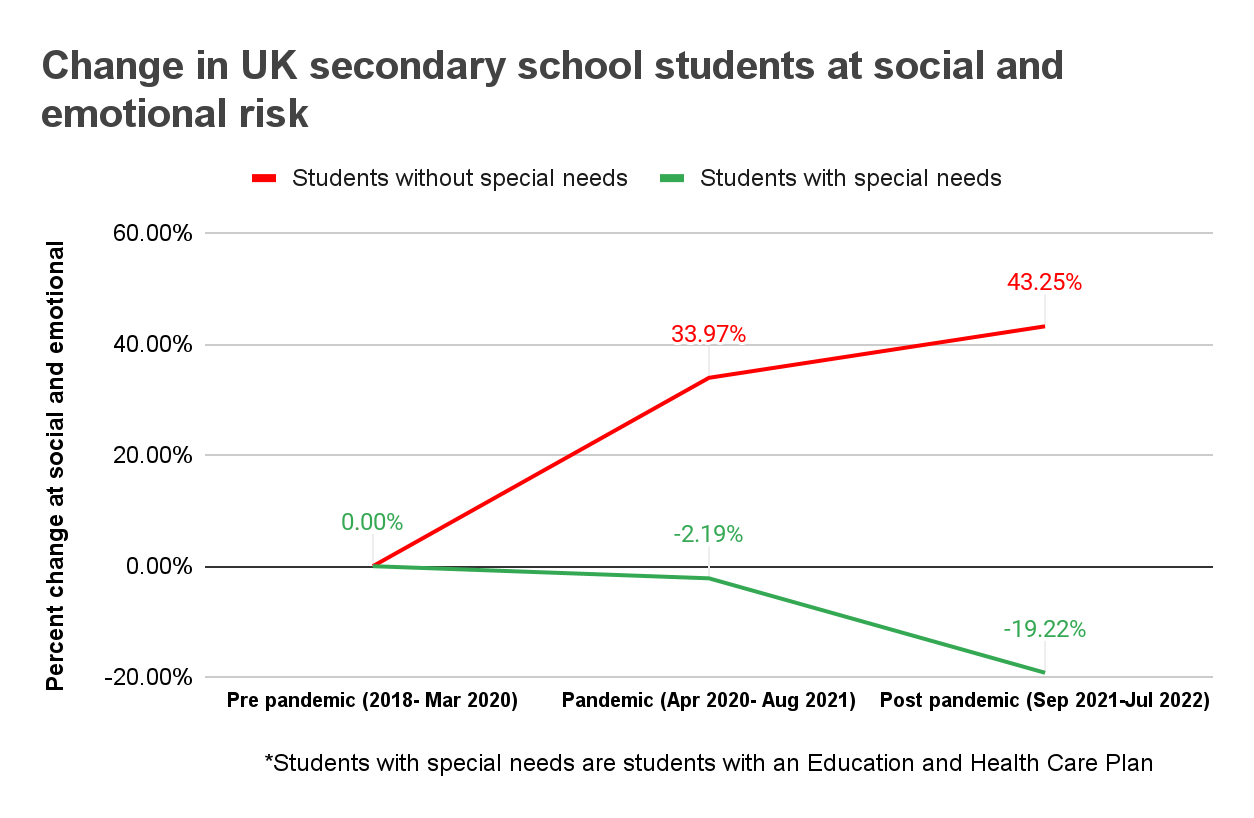 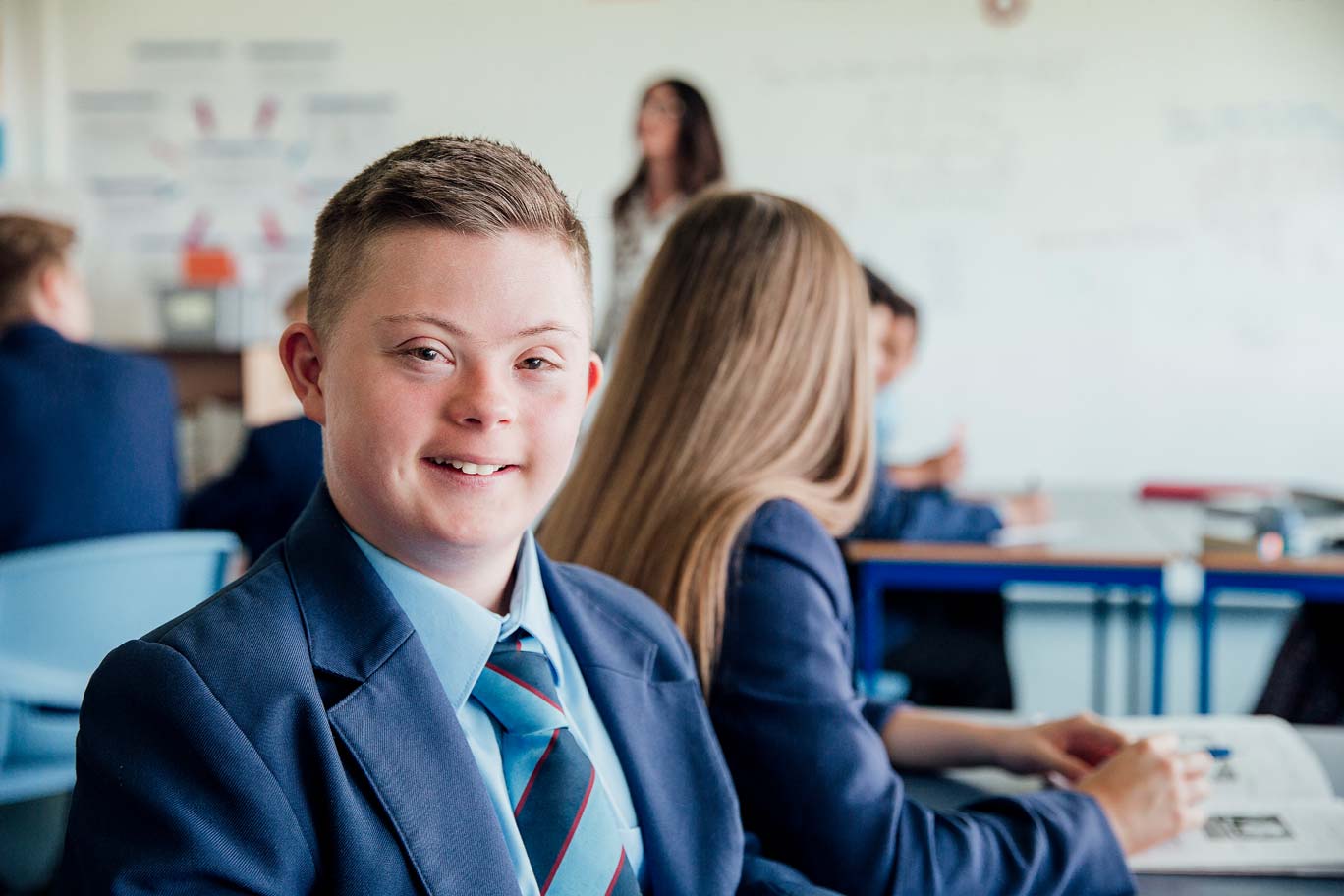 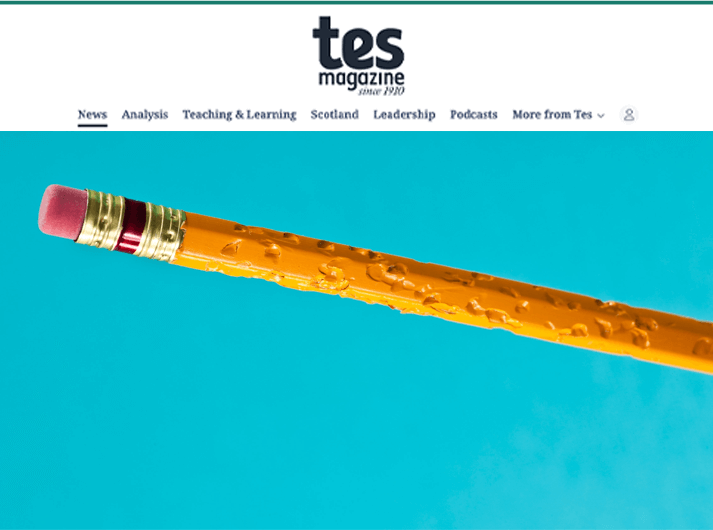 The crisis in girls’ mental health – and how schools can help 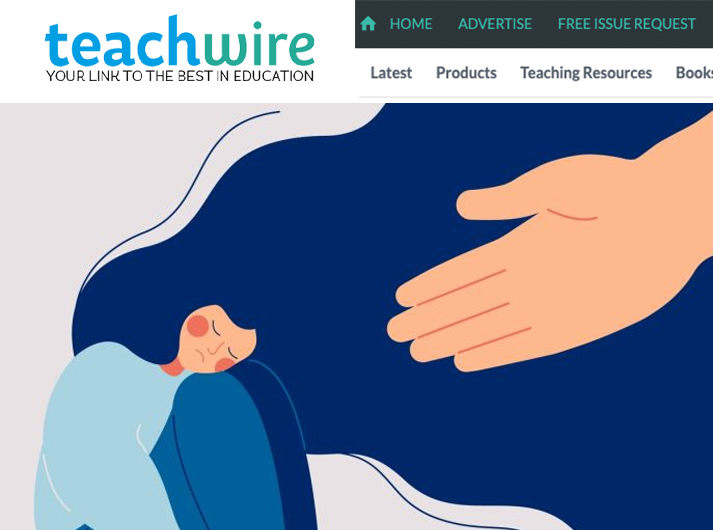 Mental health support – How should schools help students who don’t want to be helped? 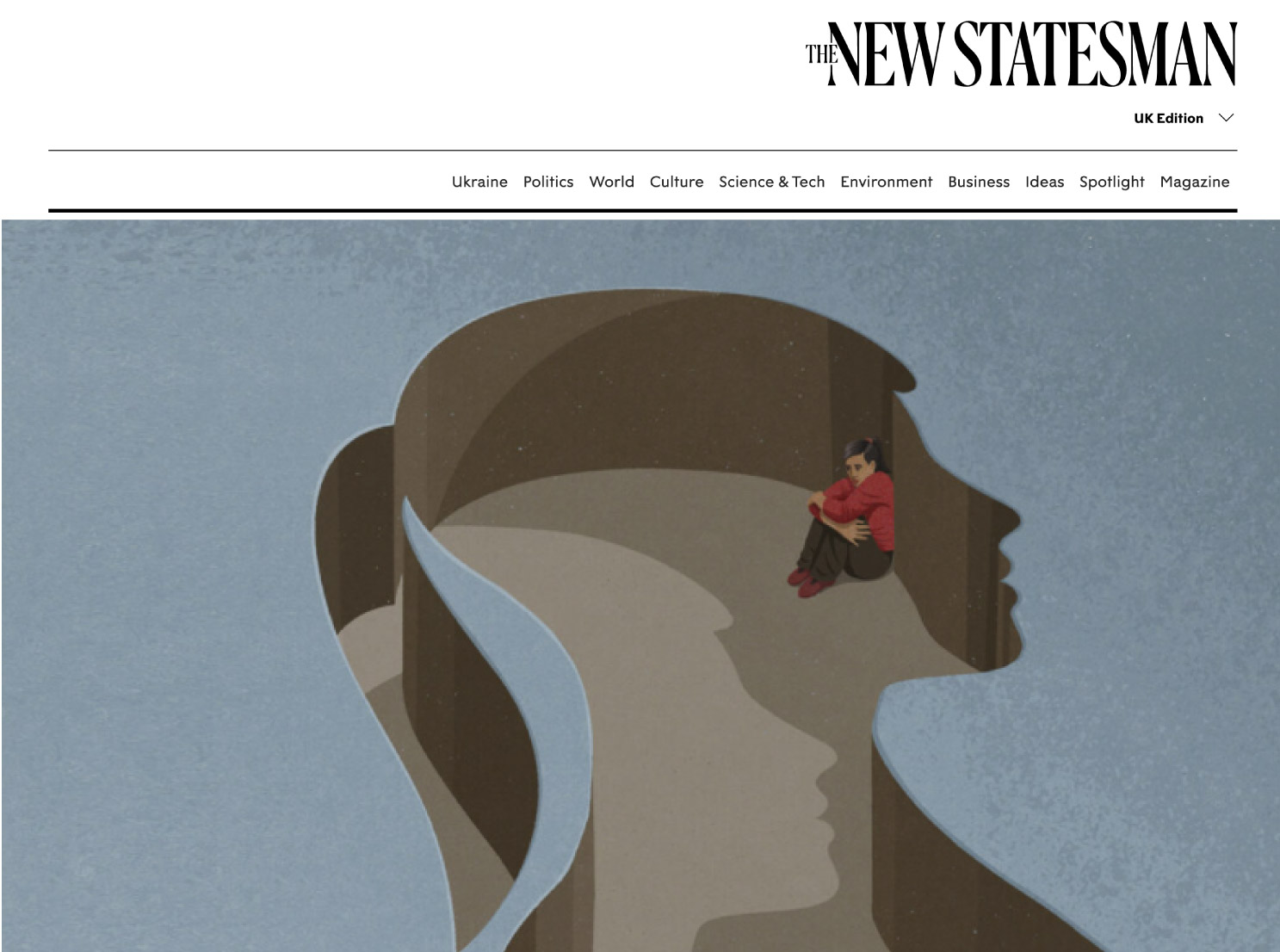 Inside the mental health epidemic among teenage girls